Winning Baseball: Sure We Want to Win...

Is winning baseball your number one goal? It shouldn’t be Positive coaching and playing the game well are your top goals in youth baseball.

Winning baseball will take care of its self if you do everything else right. Starting with treating baseball players with respect.

Although there are always exceptions I would venture to say that the majority of the youth baseball coaches that have a foundation in Christian beliefs would possess a heart for coaching kids.

I have no scientific basis for proving this but it is just Dave’s opinion of watching many coaches over the years.

Winning Baseball and the Golden Rule 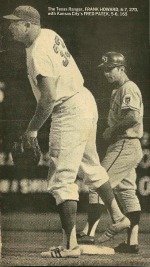 Coaches that live by the Golden Rule would be less likely to use the public embarrassment style negative coaching approach.

Verbally hammering kids while on the field would be tougher to do if one were following the ‘do on to others as you would want them to do on to you’ rule.

In-game public criticism and constant over-coaching is not something one would like to have done to themselves so one following the Golden Rule would be thought of as less likely to dish negativity out to others.

As a ball player, we pretty much know right away when we make a mistake on the baseball field—so piling on and getting ridiculed for the boo-boo is not something a Godly person would want to do to others.

You would be better served to show patience and just let it go as part of the game process or take it up with the players in the privacy of the dugout or at next baseball practice.

I don’t really know what happens when ordinarily nice low-key people change so much when they coach youth baseball and youth sports.

Its like they suddenly received a free license to yell, holler, swear at, and demean kids from the department of harsh voice coaching in youth sports.

I don’t think that someone purposely gets up one day and says, “Mary, I am going to sign up this year to coach baseball and try to make 12 players as miserable as possible and embarrass them every chance I get if they don’t play perfect winning baseball.

And parents, grandparents and league officials just watch all the loud harsh tones spewing from the baseball coach and think there is absolutely nothing wrong with it.

In fact, most baseball parents are very impressed by loud in-game ranting and over correcting tone used to embarrass their ballplayers while on the field.

When the ball coach ‘chews out’ someone on the field for ‘missing the cut off man’ or swinging at a pitch out of the strike zone the baseball parents are so impressed. This is a ‘badge of honor’ for a coach that can consistently reprimand kids for every miscue that happens during the ball game.

Must Not Be Coaching if Not Vocal

Often a coach is not seen in high esteem if they choose to take up the matter later on when the kid is out of the ‘limelight’ and away from public view.

Baseball parents and coaches are so used to the immediate criticism approach that they think the coach missed the golden opportunity to hammer on a kid in front of everyone in the ballpark.

If a coach would refrain from reprimanding the kid immediately in front of the entire ballpark the baseball parents would think that the coach was slipping and not doing their job.

So when a coach does the right thing and takes up the ‘teachable moment’ situation with the players in the privacy of the dugout or bench the baseball parents perceive this as the coach ‘letting that mistake’ slip by without public punishment and the town square execution of embarrassment. How to be a baseball coach 100 point checklist.

Beware of Wolf in Sheep’s Clothing

Baseball parents and most adults in youth baseball today all have this mental stereotype picture of what a youth coach should be like. Their visualization of a good coach is someone who is very willing to chew out the players or team for any and all mistakes.

After all, baseball is SO EASY to play how could our team have made so many mistakes. Parents and adults see a good coach as the louder the better.

The baseball parent thinks a “good” baseball coach should be foaming at the mouth ready to go out and beat the other team. Very competitive and will show off that competitiveness at every opportunity.

Being ‘mean’ and speaking harshly to the players is looked at as part of the job requirements. I think baseball dad and baseball mom really think there is nothing wrong with singling out and embarrassing their kids on the ballfield.

People have in their minds that a good coach is really mean and part of the job is to use a harsh tone. The coach should have zero patience for anything less than perfect baseball.

If the coaches are like a Vince Lombardi type then everything will be fine. Showing up and demeaning players on the field is perfectly acceptable in youth baseball today by youth baseball coaches.

Patience is a Virtue

Baseball is not an easy game to play. Professional baseball coaches know how hard baseball is to play well.

Patience is a virtue. Pro coaches do not over-coach while hitters are batting. If anything cheering and encouraging the players is the main dialogue.

Continuous in game correcting and coaching is not a part of the professional baseball model for developing players.

Never does a professional baseball coach embarrass a baseball player on the ball field.

Ballplayers must be intense and aggressive to play the game well but in a state of physical relaxation.

If players are overly tense, stressed out, and over thinking about mechanics they will not play at their highest potential. It is just not done.

Louder is Not Always Better

There is a big difference in positive coaching with someone who is loud, animated and enthusiastic—and someone who is harsh, negative, sarcastic, nagging and belittling.

Being loud is not all bad; in fact it is necessary to get someone’s attention from time to time. I just want to point out that most baseball coaches that are loud are often negative coaches.

Louder is not always better. It depends on what ones intent is. If loud comes with positive enthusiasm then we can work with that.

If loud comes with embarrassing ball players or yelling at umpires on a consisent basis then we have a problem.

Baseball parents should use some critical thinking and common sense to have discernment if the loud coach is enthusiastic and positive or negative and pessimistic.

Play the Game Well
and Winning Will Happen

Often measuring everything by wins and losses brings much disappointment. I take the approach to try to play the game well.

Basically, if a team can catch and throw, pitch and hit with men on base you probably have a very good chance to compete with most teams you play during the season.

When your team is playing well on all cylinders you should be successful and winning baseball more times than not. That is what I try to focus on—playing the game well.

It doesn’t always work because the other team might have played a little better than you or the ball may not have bounced your way.

Or, your team might have played a good game except for one really bad inning, which they were not able to overcome.

Over the course of the season though, playing the game well should bring quite a few opportunities to come out ahead on the scoreboard and winning baseball.

Disregard the urge to feel like you are being judged on your win loss record and only on winning baseball games.