Sports parenting can make the youth baseball and sports experience really great or a major nightmare for kids playing sports.

Bruce Brown and Rob Miller from Proactive coaching, has completed three decades of surveys on athletes, coaches and parents. They found when hundreds of college athletes were asked to think back:

“What is your worst memory from playing youth and high school sports?” Their overwhelming response: “The ride home from the game with my parents.”

Think about the atmosphere immediately after the games when the family is loading into the mini-van and setting out for the ride home.

There are highly charged emotions that are likely laced with disappointment and frustration from parents and players alike. This is exactly when parents set out to confront their kids on their performance and often criticize them for mistakes.

This is not a healthy and timely timeframe to encounter each other on the recap of the games.

Well-intentioned sports parenting can have us think they are doing all good by using the post game ride home as a teachable moment.

The criticism and correction begins immediately.  Often a simple harmless question that is meant in an encouraging way can lead to an interpretation of critical assessment on your child, the team or the coach.

As Bruce Brown states in his book Teaching Character through Sport,

“Athletes do not need adults to question their actions, the actions of other players, or the coach’s decisions concerning strategy or playing time.”

A simple comment such as “Why does Joey get to play shortstop all the time?” may be meant to translate you your child that he is a good fielder and should also play shortstop, but is thought as by your child as the coach is always playing favorites or Joey gets to play the prime positions.”

Questions like “Why does Billy always bat fourth” or “Why doesn't the coach bunt more often?” can innocently undermine the authority of the coaches and add uncertain confusion to the player.

Children playing youth sports commonly feel that their sports parents tie in their worth and values in the eyes of their parents on their athletic performance and wins and losses.

Reflecting on sports parenting, if you see yourself doing some of these things even though well intentioned, you could be sending a mixed message to your children.

The child’s perception of these questions are often interpreted completely different and can become detrimental to their performance, your relationship with your child, and the coaches authority. 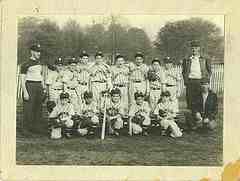 When I managed in the professional minor leagues we rarely would meet up after ballgames as a team.

Why? Simply because the emotions are highly charged. Frustration levels are also high. People can say critical and mean things out of frustration and emotion.

You need a cooling off period. Even though I had a laundry list of things I wanted to get off my chest I tried to wait until the next day when I had time to reflect and simmer down.

If we lost I would mostly say, “Hey, we got to shake this one off and get em’ tomorrow.” I would want to sleep on it and plan what I wanted to say with a cooler mindset the next day.

Now, I did have some times when I couldn’t wait until the next day. When I thought the effort level was less than appropriate, or mental mistakes were way over the limit, and when sportsmanship was not conducted appropriately or alibiing or faulting about the umpires was the player’s mindset.

These types of things I would admit I would have trouble waiting until the next game or practice.

Naturally, every child is different. Some may want to discuss the games on the ride home. I would let them bring it up and close the conversation.

If you are not sure what state of mind your child is in you should ask them if they would like to share about the game. Respect their decision on game discussion.

Beyond what I mentioned above there is nothing that cannot wait until a later time. Avoid the urge to transition the discussion into a dialog into the dissection of the game.

Hours later the conversation may be dramatically different rather than minutes after the game.

Removing the Adult Ownership
Player Development is the Winning Model

Jon O’Sullivan, the author of ‘Changing the Game’, reports on surveys and analysis by several universities on research into why kids play and quit sports.

Out of 20 reasons why kids play sports ‘winning’ comes in at #13. That means twelve or so reasons come up before a child looks at winning in youth sports as being an important reason to play.

The adults if surveyed probably would list winning at the top of the list. And this is why we have to work to remove the adult ownership of winning games out of youth sports especially at the 12 & under age level.