Exciting Youth Baseball Drills Every Team Should Have 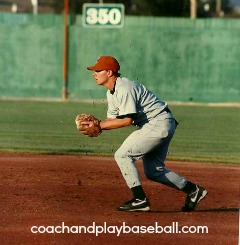 Quality experienced youth coaches have a few vibrant favorite youth baseball drills at their disposal. These baseball practice drills are amazingly energetic for any age level.

There are some youth baseball drills that everyoneshould have. This total team practice drill can be a fantastic way to polish off a baseball practice.

'Around-the-Horn' Drill is
One of My Favorites

The mini-competition practice youth baseball drills works like this. Divide your team into three evenly matched groups. Two of the groups are combined together to form the blended defense. One group is batting.

The batter hits the ball anywhere on the field and takes off running around the bases. The offensive team ‘counts’ every base they touch while the defense is throwing the ball to each other.

The game stops once all players have caught the ball and have thrown it and everyone is on a ‘knee’. At that moment the batter/runner stops and totals all the bases that were touched during his run around the bases.

Here are some further procedures and options for the mini-competition youth baseball game/drill.

The youth baseball drills game has a lot of value because it emphasizes catching and throwing for each player on each play. It does not matter where the ball is hit so players are not judged on how well they hit. It provides good conditioning and baserunning practice, too. It is fun, good youth baseball drill to end the day on.