Fun Infielder Drills to Finish Practice with a 'Bang!' 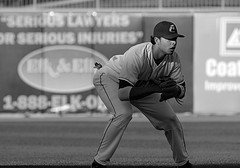 Baseball infielder drills are a vital quick way to improve a youth baseball team’s defensive baseball skills. The best defensive players are often the youth players that are the best at handling the ball.

These positions have to catch it consistently, throw it quickly and accurately and often have to run somewhere catch the ball. 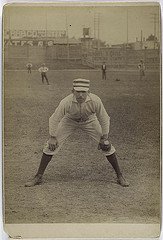 So, include your entire team in these infield drills. Even though the players that are best at playing close to the ball positions will be your game players you need to include all players in the drills.

This will give the not-so-skilled players essential defensive fielding practice. What better way to improve throwing is there then more good baseball throwing drills.

Let all players practice baseball drills for infield to improve their skills and self-confidence.

The ‘Last Man (or Girl for softball players) Standing’ brings a mini-competition to baseball practice plans and infielder drills. At every opportunity during practice we suggest you try to incorporate competition in your defensive fielding drills.

More youth baseball coaching tips for the 'Last Man Standing' infielders drills. A good teacher can adjust, adapt and overcome on the spot. Be able to improvise during every lesson, drill and moment according to your age level and skill levels.