Baseball bats come in many shapes and sizes. New baseball bats all have different features. Some have a big barrel and some more of a medium barrel.

All bats have a sweet spoton the barrel. This is where hitters are trying to connect with the ball to maximize the power when the batter connects.

The end of the bat is rounded and not part of the sweet spot.

The bat handle is tapered from the barrel and comes in a thin, medium or thick style. I liked the Louisville Slugger MII0 (M-one-ten) bat model when I played. The bat had a medium shaped barrel and a medium thick handle with a full knob.

Usually my bats were 34 inches and around 31 or 32 ounces. I could get them ordered with a cupped end or a regular rounded end. The cupped-end bats had some of the wood shaved out of the end of bat in theory making the bat wood harder throughout the bat. Didn’t help me very much though.

‘Lumber’ is sometimes used to refer to baseball bats. Pine tar and/or rosins are added to bat handles by some hitters to add a tacky, sticky feel for the hitters grip.

Bat tape is another preference to some hitters to add to the bat handle to improve the bat grip. Rubber handles are commonly added to metal bats handles to cushion the grip.

Choking up from the knob on the bat handle is a good idea for hitters when they have two strikes and facing a tough pitcher. 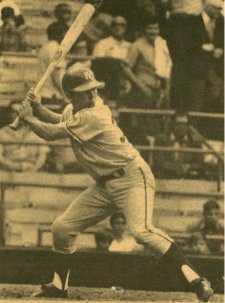 Back in the origins of baseball around the 1850’s baseball players mostly made their own wood bats. Bats came in many shapes and sizes. Some were even flat on one side.

Baseball rules were added in 1859 stating bats could only be 2.5 inches in diameter but no limits were made on the length. In 1869 baseball made a length of 42 inches the rule, which still stands today.

The Biggest Name in Bats the Louisville Slugger

In the 1880’s a young 17-year-old John Hillerich made a bat out of white ash for a player named Pete Browing. The Hillerich family made wood products at the time in their wood shops in Louisville, Kentucky.

Browning helped supervise the bat shaping and it is told that Browning got 3 hits the next day with the new wood bat.

Word began to spread about the Hillerich family bat making and the company became the biggest name in the baseball bat companies.

Around the 1890’s the rules committee made flat bats illegal and made a rounded bat the norm. They increased the diameter of the bat barrel to 2.75 inches too.

Just after the turn of the century Honus Wagner became the first player to have his signature autograph burned into the bat.

Bats today are pretty muchthe same as baseball bats 100 years ago. The biggest differences are bats are now lighter, shorter and have thinner handles than the older bats from the original era of bats.

Maple bats became popular during the last 10 years. Major League baseball has seen a problem with the maple bats often splintering and breaking in half, which creates a dangerous projectile around the baseball field and bleachers. Now, maple bats are banned from use for new players entering professional baseball. 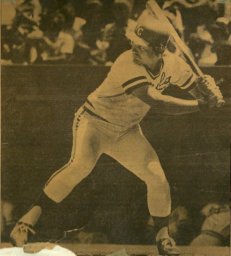 Worth Sporting Goods began making the ‘Tennessee Thumper’. Other bat companies quickly followed with Easton and Louisville Slugger adding metal bats to the market by the end of the 70’s.

Easton’s bats with a stronger gradeof aluminum helped increase the popularity of metal bats in the amateur baseball game.

Professional baseball never allowed metal bats in the pro game but the metal bats are a staple to the college baseball game, high school baseball and most all youth baseball leagues.

Recently, all the college summer baseball wood bat leagues and adult baseball leagues have switched back to wood bats.

The New High School Bat Rules
The 'Crack of the Bat'

College baseball bats had to conform to the new BBCOR bat rules and standards for the 2011 season. BBCOR stands for Batted Coefficient of Resolution.

That means that the ball will come off the bat like a wooden bat. The college baseball folks who make the rules wanted the aluminum bats to act and perform like wood bats.

This year for the 2012 season all high school baseball teams under the NFHS umbrella will follow the BBCOR stamped bats rules.

Bats without the BBCOR logo on the bat will be illegal bats. All the expensive composite bats from past years with the BESR stamp will not be allowed in high school games.

NCAA vice president of baseball Dennis Poppe said recently, “Baseball was meant to be played a certain way, and wood-like performance of the bat is part of that.

”The game of baseball is coming full circle in its return to wood bat-like baseball games. Teams will have to grind for runs. Get em on, get em over, and get em in. That is the old St. Louis Cardinals’ George Kissell way of playing baseball.

I love it. Plus, I never really liked that metal bat high-pitched sound of ting metal. I like to hear the crack of the bat.