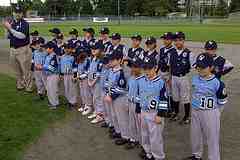 The all star roster in youth baseball really brings almost nothing positive to the game or the participants. I have always said that the Little League World Series is about the worst thing ever to happen to youth baseball.

Stotz, in an interview with the Los Angeles Times eight years after his ouster and as angry as ever stated, “I discontinued my connection in 1955, when I saw where the Board were going.

The national organization with the headquarters in Williamsport began developing into a Frankenstein. I became utterly disgusted. Originally, I had envisioned baseball for youngsters strictly on the local level without national playoffs and World Series and all that stuff. “ Until it Hurts, by Mark Hyman, 2009 pg. 12

Follow the Money
National Television Rights for All Star Roster 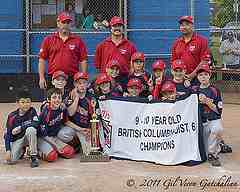 Over 60 years ago Carl Stotz knew something was very wrong with youth baseball. How can you explain the fact that youth baseball has had such a limited impact on baseball, why it has not supplied not only the major league baseball with endless supply of talent but lacked developing players for high school and college baseball, too.

Sending 11 & 12 year olds from the all star roster across the country to play on national TV in front of 9,000 fans is just exploitation. Kids this age have no business or are equipped with the emotional maturity to be on such a platform.

But, the corporate money that is made off these children trumps any common sense and player development is thrown out the window. Let me show you how.

Local leagues have to shorten the playing season in order to choose an all star roster and begin the all star playoff season. Twelve kids get to play on as an all star player and everyone else goes home to BBQ and swim.

The local youth baseball leagues could easily play a two or three more weeks of the summer baseball league season which would give the entire league a chance to play 5 to 12 more games at the local level.

Player development comes to halt for the purpose of all star game roster kids only. For one shot at fame in Williamsport the whole local league comes to a standstill for the sake of a few so-called elite base ball players.

This All-Star Roster path absolutely stunts the growth of player development with the large majority of ball players.

All-Stars is Not Going Away
What Can We Do With the Non All-Star Roster?

I estimate about 25% of the local players in a youth baseball league are chosen for the all-star roster. It may be a bit higher or lower, so lets just go with the 25% for our discussion purposes.

We know that all-stars is here to stay. Therefore, about 25% of the ballplayers will go on to post season all star roster play-offs.

The question is, "What do the other 75% of the baseball players that are not picked for all-stars do? Where do they go? Is the season over?

My player development baseball system has a simple plan to help local baseball leagues and organizations provide playing opportunities for the players that are not chosen for all star teams.

Paradigm Shift in All-Stars?
Not Going to Happen

The process in choosing a local all star roster can tear a league and community apart faster than a New York minute. I have witnessed this turmoil and chaos year after year in communities all over our country and for what? Fame and fortune?

The Problems that come with All-Stars:

Youth baseball all-stars and play-offs will likely always be here in some format. It is not going away. I get that.

I want you to think about what are we going to do with the majority of local ball players not chosen or picked for baseball all stars.

Are we going to treat the non all stars as useless to our purposes for local fame and notoriety?

My solution goes into detail about an easy way to help all the local baseball kids and their families improve player development opportunities.

Little League All Stars Brings
Harm to the Game

I still have not found one reason that is good about little league all stars and youth baseball all stars. Even if you find a reason there are way too many arguments against it.

Plus, the baseball development system we are using is not producing. Why do our professional teams have to sign so many foreign-born baseball players to contracts in professional baseball?

Why are we not feeding our high schools and college baseball teams with just an abundance of skilled, polished players? Because our system of youth baseball does not work.

Carl Stotz, the Father of Little League Baseball, knew this not long after greed pushed him out of the organization he started.

Former major league pitcher John Jay says, “The fault lies in its concentration on immediate victories and premature glory, rather than on teaching basic skills and sound development…championships seem to come first, the youngsters last.” Until it Hurts by Mark Hyman, 2009 pg.13.

Youth baseball all star playoffs are not going away. There is way to much tradition, money and adult egos invested to stop it.

The question is "How do we provide playing opportunities to the other 75% of the baseball kids and families?" My unique player development system gives you a plan to put in place in your local area baseball organizations.

Back Home from All Star Roster